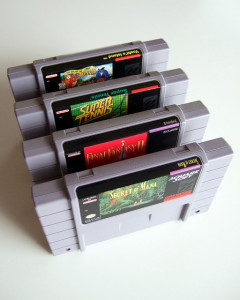 You can never go back. That’s the tired cliche that we’ve been trying to prove wrong since we first pined for earlier days. Soon, it may not be true.

Some of my fondest childhood memories are of sitting on the floor in front of an SNES video game console–or in my chair in front of a computer–getting lost in imaginary worlds. Nostalgia looks a bit different for me than it does for those of the previous generation or my less geeky peers. I don’t think back fondly on my high school football memories; I think back fondly on hard fought video game matches played with remote teammates.

Consider the traditional methods that we’ve used to get those sweet bites of nostalgia. We visit our old stomping grounds, and inevitably they’ve changed— our favorite restaurant isn’t there anymore, our favorite spots are now strip malls, and our favorite people are gone.

These problems don’t exist for childhood haunts that are virtual. They can be exactly the same as they were 10 or 20 years ago. A truth that has been true for all of recorded history is no longer. You can’t stop the inevitable march of progress and change in your surroundings– unless your surroundings are virtual.

When I was a child I was one of a relatively small percentage of children who played and loved video games. With the explosive growth of the gaming industry, we’re building future generations that will increasingly look for their nostalgia by digital means.

The demand is easy to see. Communities of fans have been modding old games to make them run on current computers since the first beloved game failed to start on a fan’s new machine. There’s even a company whose entire business model is selling old games that are unchanged except to make them run on current Operating Systems hassle-free (GOG, formerly known as Good old Games). The dominant game distributor today–Steam–is filled with newly released remakes of old games. The sheer number of ‘remastered’ games that have been released lately makes this seem like the age of the remake.

Game remakes are like going to your prom all over again, but your prom date is prettier this time around, and you have the wisdom and experience of age to better conduct yourself through it.

At least, that’s how you feel at first. Then you find out that what made it so magical was your incompetence, your ignorance, your bumbling mistakes. The next time around the experience may be exactly the same, but you are not. 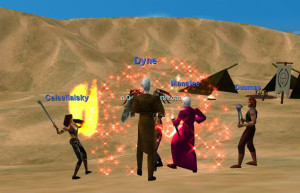 This doesn’t seem to be enough to keep people away from replaying games from their childhood, and an interesting case study of how far people will go to recreate beloved memories is an EverQuest emulator called Project 1999.

EverQuest was the first Massively Multiplayer Online Game to break into the mainstream. Its players were still primarily ‘nerds’, but it achieved a larger player base than any other online game before it. More people probably heard of it from the sensational media stories, like “ADDICTED: SUICIDE OVER EVERQUEST?”.

It was undeniably addicting, releasing hits of dopamine on level ups and rare item finds. It was also a source of community for many of its young, socially awkward players (myself included). Friendships, rivalries, and many memories were formed.

If someone gave you the opportunity to relive some of the most enjoyable moments of your adolescent life in perfect fidelity, would you be interested? Probably. Especially so if you’re unhappy with your current lot in life.

Project1999, as the name alludes, seeks to provide just this opportunity. Their goal is to recreate the experience of playing EverQuest in 1999 as faithfully as possible. They’ve taken an older version of the game and stripped it down. They’ve removed areas, features, and altered mechanics in a purist (or masochistic, depending on your point of view) drive to make everything identical to how it was in 1999.

This seems bizarre to some. Why would people want to play an old, “worse” game when so many newer, “better” games are available?

As uncomfortable as it is to admit, part of it is explained by the profile of the EverQuest players, both in 1999 and now, almost 20 years later when they are playing the emulated version. For many of the players in 1999, it was a major source of friendship in a time where “nerd chic” was a phrase that hadn’t been invented yet. And while the lives of most of the players have taken a massive upward trajectory since then, the lives of others have not. The latter group is over-represented in the subset of 1999 players that play the game today.

Nostalgia is a warm blanket, a comfort food for the brain when life is stressful. It lets you know that you’ve been here before, it was enjoyable, and you know how to deal with any obstacles that will come into your path. You know where the monster will be, and your older self feels a warm glow when you see it again, looking exactly the same, come out from the same corridor. Same same. Easy. Comfortable.  There are people today who spend huge chunks of their lives playing this game. Their lives are album tracks on repeat and they don’t want to change the CD.

In disclosure, I’ve played Project 1999 for the nostalgia dose myself, and heartily enjoyed it. Like alcohol and food, everything in moderation. The difference is that we know eating those 4 pizzas in one sitting or downing a liter of Vodka a night isn’t a great idea. Nostalgia is something most of us never had to worry about overdosing on before, and it’s a growth industry.

Consider the possibilities with Oculus Rift, and more advanced Virtual Reality platforms in the future. We’ll be able to replay any experiences in our lives perfect at any time. Want to experience your first kiss again? You’ll be able to, with perfect visual, auditory, tactile, and kinesthetic fidelity. With sufficiently advanced technology, we’ll even be able to get virtual “do-overs”, letting us change a memory by acting differently in it.

In some cases, this may take the shine off memories. We won’t be seeing a whitewashed past through rose-colored glasses; we’ll be seeing it exactly as it was, for better or worse.

How much nostalgia is okay before it turns harmful? I don’t know. What I do know is that when living in the present is too hard, being able to escape to a pleasant past is becoming easier and easier. Something to keep in mind, lest we self-impose upon ourselves a pleasant, mildly stimulating imprisonment where we cease to affect the present.